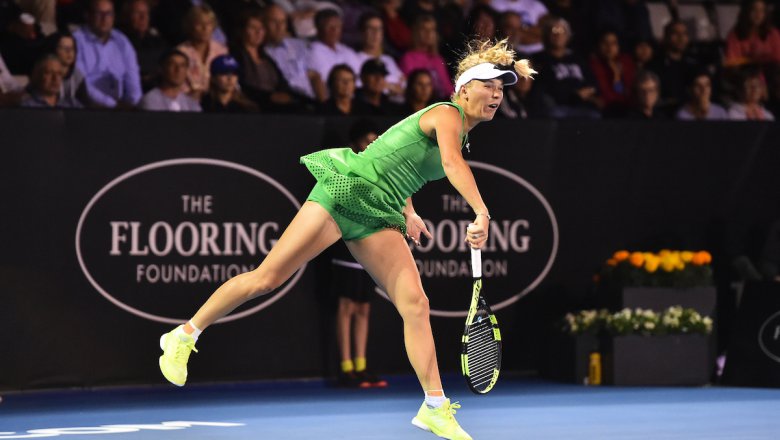 She pushed past American Nicole Gibbs 6-1, 6-0 in the first round and followed that effort with a 6-3 6-3 demolition of Varvara Lepchenko. In the quarter-finals she faces 2016 ASB Classic finalist Julia Goerges.

Caroline Wozniacki first came to Auckland in 2009 as a 19-year-old. She reached world number one a year later and has now amassed 25 WTA titles. The Dane is in threatening form after a strong end to 2016. She lost in the final of the 2016 US Open to world number one Angelique Kerber. She followed that with WTA titles in Tokyo and Hong Kong.

The match of the day on Thursday is scheduled between eighth seed Ana Konjuh and Japan’s Naomi Osaka. Both teenagers are in the top 50 in the world and only one world ranking spot separates them at 47 and 48. They are part of the WTA’s Next Generation program and are seen as the face of women’s tennis to come. Osaka won the 2016 WTA Newcomer of the Year award, while Konjuh reached the quarter-finals of the 2016 US Open. Konjuh played her first WTA match here in Auckland as a 15-year-old. In that match she faced the top seed and world no. 14 Roberta Vinci. She beat her 3-6 6-4 6-2. Fellow teenager and seventh seed Jelena Ostapenko is also on show against Madison Brengle, who claimed the scalp of Serena Williams late on Wednesday.

Wednesday was a dramatic day at the tennis with both Williams sisters bowing out of the tournament. Top seed Serena Williams battled against compatriot Brengle before losing 6-4 6-7(3) 6-4. Fans packed out the ASB Tennis Arena as Williams struggled in windy conditions and made 88 unforced errors. The statistic summed up what she called an “unprofessional” performance. The world number two now moves on to the Australian Open. Her sister also didn’t make it to the quarter-finals due to a right arm injury. Venus Williams defeated Jade Williams Wednesday morning 7-6 6-2 but pulled out shortly after. The withdrawal allowed Osaka to move straight through to the quarter-finals.