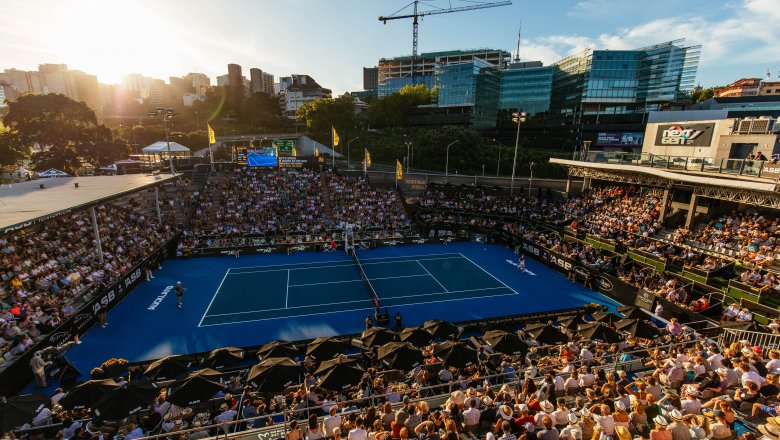 Experience will meet exuberance as qualifying action kicks off at the 2020 Men’s ASB Classic.

2018 Roland Garros semi-finalist Marco Cecchinato of Italy will take on the current world junior No. 1 Holger Vitus Rune of Denmark in the first round.  In 2018 the Italian won his first two ATP singles titles in Umag and Budapest and recorded one of the biggest upsets of that season, beating Novak Djokovic in four sets at Roland Garros to become the first Italian man to reach a Grand Slam semi-final since 1978. Since then, Cecchinato’s ranking has slipped to 75 and tomorrow he’ll face one of the most exciting young prospects on tour in Holger Vitus Rune – who won the Roland Garros Junior title and the ITF World Junior Champs last year.

With the main draw cut off in the early sixties, 73rd ranked Bolivian Hugo Dellien is the top seed for the qualifying draw who’ll open his tournament up against Australian Blake Ellis. Two Kiwis will hit the court tomorrow, both Ajeet Rai and Rhett Purcell will compete against Top 100 players.

Kiwi wild card Arjeet Rai who is currently ranked 1023 had a tough 2019 season after reaching career high of 694 in 2018. The 20-year old came close to a career best win at last year’s qualifying draw losing an agonisingly close three set match.  Rai faces a huge task to move through in the next round playing world number 87 Thiago Monteiro of Brazil. The 25-year old Brazilian had a successful year on the ATP Challengers circuit winning three titles last year.

The other Kiwi in the draw, Rhett Purcell has an even tougher assignment taking on the experienced world number 87 Argentine Leonardo Mayer. Purcell is ranked 929 while Mayer has two ATP Titles to his name and reached a career high of 21 in 2016. The odds might be stacked against the Kiwis but with the crowd on their side, who knows what the local talent can produce.

Qualifying will begin tomorrow with four players fighting to make it through to the ASB Classic main draw.

It’s double the action with both men and women on court tomorrow. With gates opening at 11am, catch the Men’s qualifying matches on grandstand and court 2 in the morning. Then grab a drink and bite to eat on The Serve and settle yourself in for the Women’s semi-finals in the afternoon.