Top seeds tough it out on Day 4 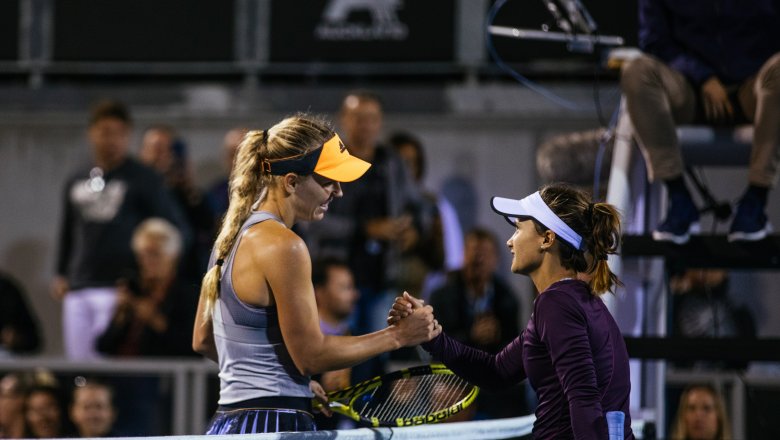 Serena Williams fought back in a gritty second round comeback to keep her bid for a first ASB Classic title alive.

The 23-time grand slam champ knew she had a tough battle on her hands when she came up against compatriot Christina McHale. The last time these two players met Williams escaped with a three-set victory at Wimbledon in 2016. This match proved just as close with Williams recovering from a set down to score a 3-6 6-2 6-3 win in two hours.

Serena Williams won the first six points of the match – and earned herself early break point chances. But McHale recovered brilliantly – with her resilient defence frustrating Williams as she broke twice to lead 4-1. Williams struggled early on leaking easy errors and McHale confidently broke Williams to take the first set 6-3.

Williams quickly secured a break in the second set as she cut down her errors and started to boss McHale around the court. Her powerful groundstrokes began to wear McHale down as she raced to a 5-1 lead before serving out the set 6-2.

The third set was a tight affair early on as both players held serve until Williams dialled up the power to break for 3-2. Despite brilliant counterpunching throughout the match – McHale was unable to cope with Williams’ power as the American veteran ripped a backhand winner down the line to secure a double break and served the match out 6-3.

Williams says she knew she had to cut down on her errors to avoid another second-round loss in Auckland.

“I got myself in a hole and I was able to get out of it which was satisfying.

In the first match of the day teenage star Cori "Coco" Gauff was knocked out by 31-year-old German Laura Siegemund. The wily veteran pulled out all her tricks to take out the American teen phenom 5-7 6-2 6-3. Both players struggled to overcome their errors in the first set – but Gauff held her nerve to break Sigemund to win the first set 7-5.

In the second set Siegemund employed her crafty game to upset Gauff’s rhythm - following up deft drop-shots with inch perfect lobs. She took the set 6-2 and carried her momentum into the third securing an early break. The German routinely held serve in the third set as she targeted Gauff’s forehand which started to rack up errors under pressure. Siegemund broke Gauff one last time to seal her spot in the quarterfinals.

Siegemund will now take on Serena Williams in the second match of the day on centre court.

Caroline Wozniacki and Lauren Davis delivered a thrilling contest under the lights. Wozniacki had to dig deep to find a way through former ASB champ Lauren Davis 6-1 4-6 6-4 in the match of the tournament so far. Wozniacki was in a ruthless mood in the first set, saving five of six break points to take the set 6-1.

In the second set Davis slowly started to connect more as her aggressive ball striking came to the fore. She scored the decisive break at 4-3 and although Wozniacki managed to break back – the Dane gifted the set to Davis on a double fault.

The third set proved to be a nail biter – as both players engaged in lengthy rallies pulling each other around the court. There were several service breaks as both players struggled to gain the upper hand.  However, Wozniacki’s world class scrambling was the difference as she ran Davis ragged and served out the match to love.

Wozniacki will now meet Julia Goerges in a dream quarter-final showdown. Goerges has been a thorn in Wozniacki’s side owning a 6-4 winning record over the Dane. Earlier in the day the two-time defending champ Goerges continued her love-affair with Auckland winning her 12th match in a row against Swiss player Jill Teichmann. Goerges has moved through the draw quietly but was rock solid on serve and saved all three break points she faced in the match.

An epic day of quarter-final matches await at the ASB Classic as the best players in the world reach the business end of the tournament.