Trio of stars for next year’s Heineken Open 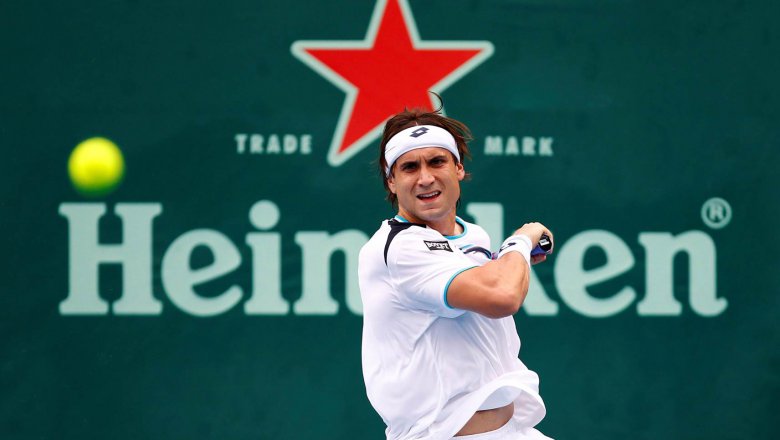 David Ferrer, a three-time Heineken Open champion, will be the top billing for the tournament after a superb season which has seen him claim six titles – three more than any other year.

The 30-year-old Spaniard has also been Mr Consistency in the Grand Slams this season, making the quarterfinals or semifinals in all four. His best result saw him topple Andy Murray at the French Open.

New Heineken Open Tournament Director Karl Budge said the world no.5 had again shown his loyalty to the Auckland tournament by returning for his eighth appearance.

“David has now won three Heineken Opens – equalling Kiwi great Onny Parun. If he can also claim next year’s title he will emulate the feats of Australian legend Roy Emerson in the 1960s. That will be a special day in the tournament’s history.”

After his victory in Auckland, Ferrer went on to claim titles in Buenos Aires in February, Acapulco in March, s-Hertogenbosch in June, Bastad in July and just last week he won his hometown tournament -  the Valencia Open. After his Bastad victory, he became the first player to reach 50 match wins this year.

Joining Ferrer at next year’s Heineken Open will be former world no.7 Mardy Fish. The 30-year-old American, now ranked 26, has won six career titles, collected an Olympic silver medal in Athens and made the Wimbledon quarterfinals last year when his world ranking peaked at seven.

“Last year he was playing in the ATP World Tour finals after a great season,” said Budge.

“Funnily enough Mardy lost in 2007 to the eventual champion David Ferrer in the semifinals.”

“He’s an all court player with a strong net game, which will certainly add variety to an event normally dominated by the baseliners.”

In addition to the two heavyweights, ATP newcomer David Goffin has also confirmed he’ll be coming to Auckland.

The Belgian took a set off Roger Federer at Roland Garros in the round of 16, and afterwards the Swiss master said Goffin was “very talented” and that “he can go far”.

"He's got great potential in terms of his touch and the way he reads the game. He takes a backhand early and he absorbs pace really well, [especially] from the baseline,” said Federer.

The 21-year-old started the year ranked 174 in the world but after Challenger wins in La Gosier in March and in Orleans (France) in September, Goffin quickly moved to a ranking of 42.

Tickets go on sale today for the 2013 Heineken Open which runs from 7-12 January.

The start time for each day’s play has been moved an hour earlier to midday. All centre court games for the Heineken Open will be screened live on SKY TV.