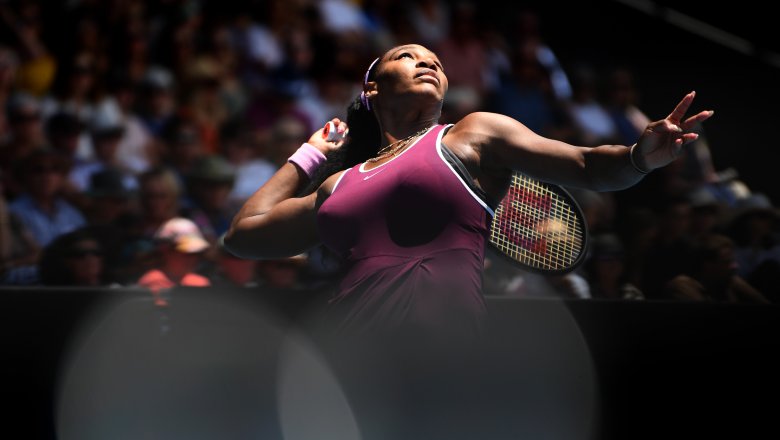 Serena Williams will headline Super Saturday at the 2020 ASB Classic as the semi-finalists take the court.

Serena Williams swept past her tricky German opponent Laura Siegemund 6-4 6-3 this afternoon.
Both Williams and Siegemund held serve confidently in the first set - but it was the German who blinked first as Williams stepped up her level breaking her opponent to take the first set in blustery conditions. Williams championship mettle kicked in as she recovered from a 3-1 deficit to move into the semi-finals.

The former world No. 1 who owns 72 WTA singles titles and 23 doubles titles has been a hit with packed out crowds this week in Auckland. Her doubles combo with close friend Caroline Wozniacki is proving a must-see for tennis fans and the duo will take to the court tonight against Belgians Kirsten Flipkens and Alison Van Uytvanck for a place in the doubles final on Sunday.

Wozniacki joins Williams as a semi-finalist after knocking out two time defending champion Julia Goerges 6-1 6-4. Wozniacki was untroubled in the first set and continued her dominance in the second to inch closer to the final showdown.

Earlier in the day Jessica Pegula of the USA was the first player through to the semi-finals after Frenchwoman Alize Cornet retired with a thigh injury at 6-0 3-2 down.

The 25-year old won her first WTA title in Washington in 2019 and reached a career high rank of 55.

Pegula will face one of best players in the world in the last decade in Wozniacki who spent 71 weeks in the top spot and won 30 singles titles including the 2018 Australian Open.

Serena Williams will take on the winner of the tonight’s match between third seeded American Amanda Anisimova and wild card Eugenie Bouchard of Canada.

To close out action on Super Saturday, the young teen phenom Coco Gauff and her partner Catherine McNally will take the court. The team dubbed McCoco have impressed with their doubles skills and variety - despite only being a combined age of 33 years old. The pair already hold 2 WTA doubles titles and will take on fellow Americans Taylor Townsend and Asia Muhammed for the chance to add a third title to their trophy cabinet.

In further news, Daniil Medvedev has advised organisers that he will need to withdraw for next week’s Men’s ASB Classic.  Fabio Fognini will become the top seed with Denis Shapovalov, coming off a great week at ATP Cup will become second seed.